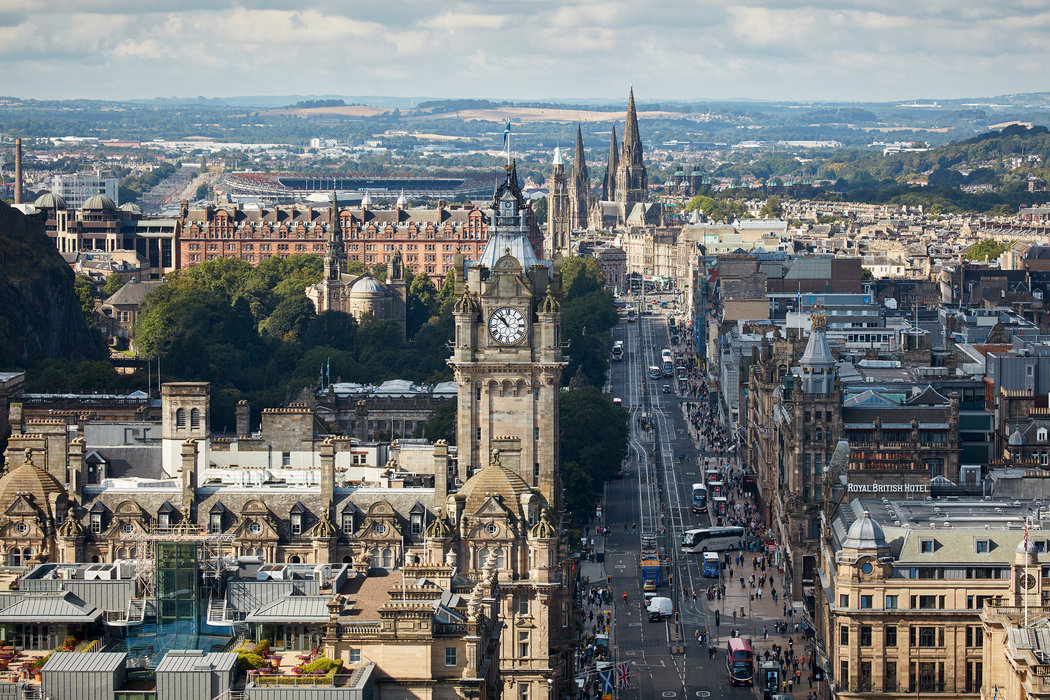 Edinburgh, a charismatic city full of staircases and hills festooned with Georgian and neo-Classical buildings, is well-versed in incorporating the modern into the old. While it has always been an arts center and a cosmopolitan capital, the city is now turning its vibrant energy toward creating a new Scottish cuisine, a nearly uncountable number of craft beers, and design-forward buildings like the Scottish Parliament, which stands as the symbol of the new Scotland. Yet the charm of “Auld Reekie” is still there in its cozy pubs, medieval alleyways and talkative, wryly self-deprecating residents.

The National Museum is one of Edinburgh’s crown jewels: a museum that presents a remarkably detailed history of Scotland, from its prehistoric past to the cloning of Dolly the Sheep, who can be found on the first floor. Ten new galleries opened in July, and it would be easy to spend an entire day watching videos about the country’s last lighthouse keepers, learning about the Scottish labor movement, playing with the interactive science exhibits, marveling at how small a vintage Tiger Moth airplane is, and admiring the gloriously airy Victorian atrium. Admission is free, so if you need a stimulant make the two-minute walk to Brew Lab, one of the city’s best independent cafes, which has an industrial chic vibe and top-notch coffee (3.50 pounds, or $4.65), then head back for more. Don’t forget to pick up a tote bag printed with Warhol-esque images of Dolly’s face as a souvenir.

In the upscale neighborhood of Stockbridge, even the pub food is excellent, especially at casual, stylish Scran & Scallie, from the owners of the Michelin-starred Kitchin. You’ll find classics like sausages and mash, and fish and chips, but consider going to the next level and order roast bone marrow, ox tongue and mushrooms, and girolles on toast. The clientele tend to linger over drinks and desserts (try the sticky toffee pudding if it’s on offer). Dinner for two, around £60.

Stockbridge Tap is a bar for serious beer lovers. The international selection changes frequently, but the knowledgeable and friendly bartenders will ask you to describe your favorite tipple and then find the perfect selection. End the evening with a short stroll to the Last Word for one of the most creative and professional cocktails in the city. This basement bar is dimly lit even at 4 p.m. Try the Same But Different, a mix of tequila, mezcal, strawberry jam, rose liqueur and fresh lime juice. There’s a small lab in the back where they do crafty things like clarify chartreuse. Bar snacks include a selection of cheese from the excellent I.J. Mellis cheesemonger around the corner. 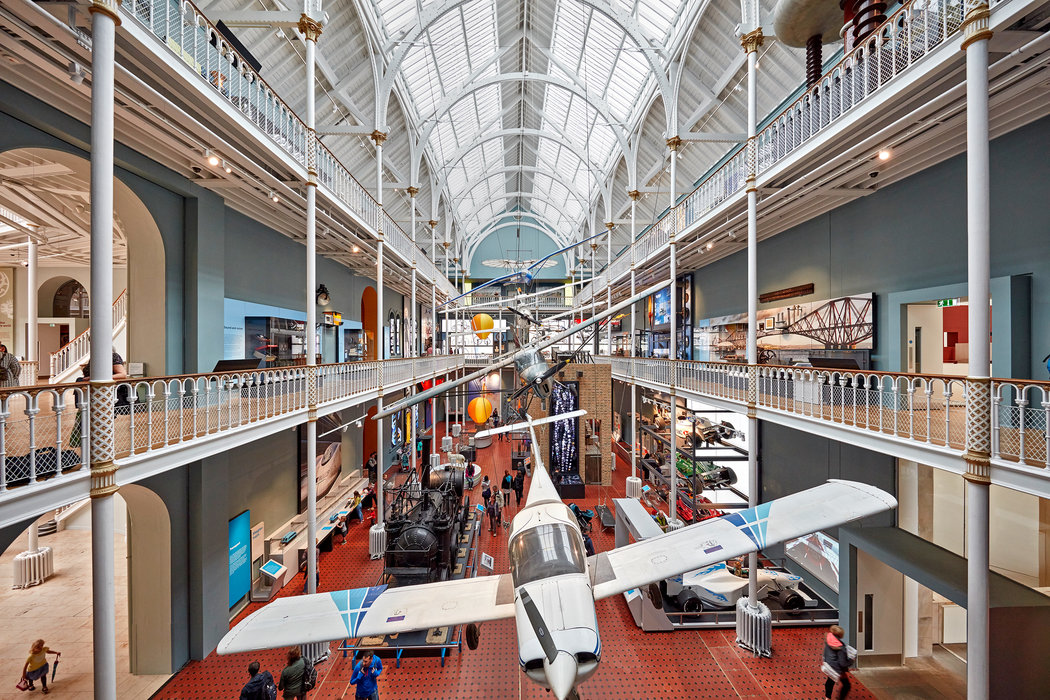 The Scottish fried breakfast is a thing of legend (and also perhaps the world’s best hangover cure). The newly opened Angus Fling has a central location, booths upholstered in tartan and an emphasis on locally sourced ingredients. The Scottish “fry” comes with sausages, bacon, eggs, mushrooms, grilled tomato, fried potato bread and a slice of haggis (£6.90). Add a pot of tea for the full Scottish effect.

Walk off that breakfast with a stroll to the Scottish Parliament building, making a detour down tiny Crichton’s Close for a visit to the Scottish Poetry Library. This hidden spot is a haven for literature lovers: Sit down in the second-floor listening library where you can put on headphones and listen to poetry. In the shop, you’ll find illustrated linotype postcards with lines of Robert Burns poetry (£1), and anthologies of Scottish verse. Move on to the Parliament building, a stunningly modern branch-and-leaves design created by the Catalan architect Enric Miralles. It’s a captivating building whether you love the style or hate it, and several themed tours (history, design, architecture) are offered throughout the day — book in advance. If you miss the tour, it’s still possible to pop your head into the chambers where Parliament members meet. If the independence vote ever passes, this is the place from which Scotland will be governed.

Edinburgh Castle is perhaps the city’s biggest draw, and even on a weekday ticket lines can be long. Instead of elbowing your way past the crowds, head southeast to Craigmillar Castle: just three miles from the city center but surrounded by grassy fields and refreshingly low on visitors (admission, £5.50; taxi, around £10). A beautifully preserved castle whose original incarnation was built in the 1300s, it grew over the centuries with each resident family making changes. Ramparts and arrow-slit windows offer fabulous views all the way to Edinburgh Castle. The guidebook (£2.50) provides ample information on the building’s details and its occupants (Mary Queen of Scots was a guest). From here, stroll along the edge of Holyrood Park for a mile to reach the Sheep Heid Inn, a low-ceilinged pub that claims to have fed guests for six centuries. Have a hearty lunch of sloe gin-smoked salmon followed by a chicken and ham pie. Take a peek in back, where an antiquated skittles alley (a type of bowling) is still in use. 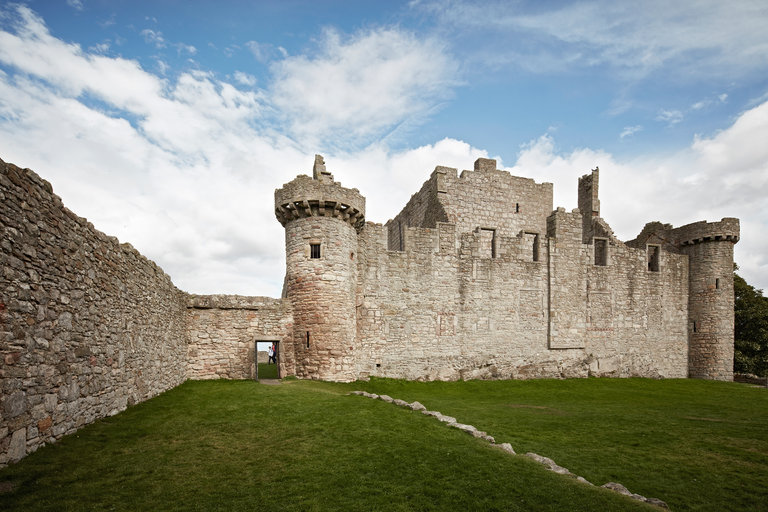 Once a veterinary college, the arts and performance space known as Summerhall is packed with warrens and small hallways that make it a fabulous place to wander for a few hours, especially if there’s a performance happening. The space hosts exhibitions, theater, dance and music events throughout the year, and even the hallways and elevators are home to shows during the annual Fringe Festival. Stop by to check out the art and browse through the original works for sale in the shop. In the tiny distillery in the back, giant casks of gin and rows of bottles await. Finish up at the bar, once the school’s Small Animal Hospital, and have a pint of Summerhall Pale Ale, made in the on-site brewery.

Aizle is one of the growing number of Edinburgh restaurants where the menu takes the form of a list of ingredients (black vinegar, chicken skin, summer berries, for instance). Happily, these ingredients manifest themselves as beautifully executed plates; a set menu of four dishes, with “snack” and dessert (£45), changes monthly, according to the harvest. If you’re looking for the future of Scottish food — local, thoughtful and laid-back — look no further.

Scotland’s production of small-batch and you’ve-never-heard-of-them whiskies is booming, and facing a menu of two or three hundred choices in a local pub can be overwhelming. At the Whiski Rooms, you can try one of the whisky flights (starting at £17), each a selection of four sorted by region and style, such as Highland malts, extra-peaty vintages from Islay, and sherried single malts. Stock up on bottles from the shop next door, which also offers guided tastings during the day. 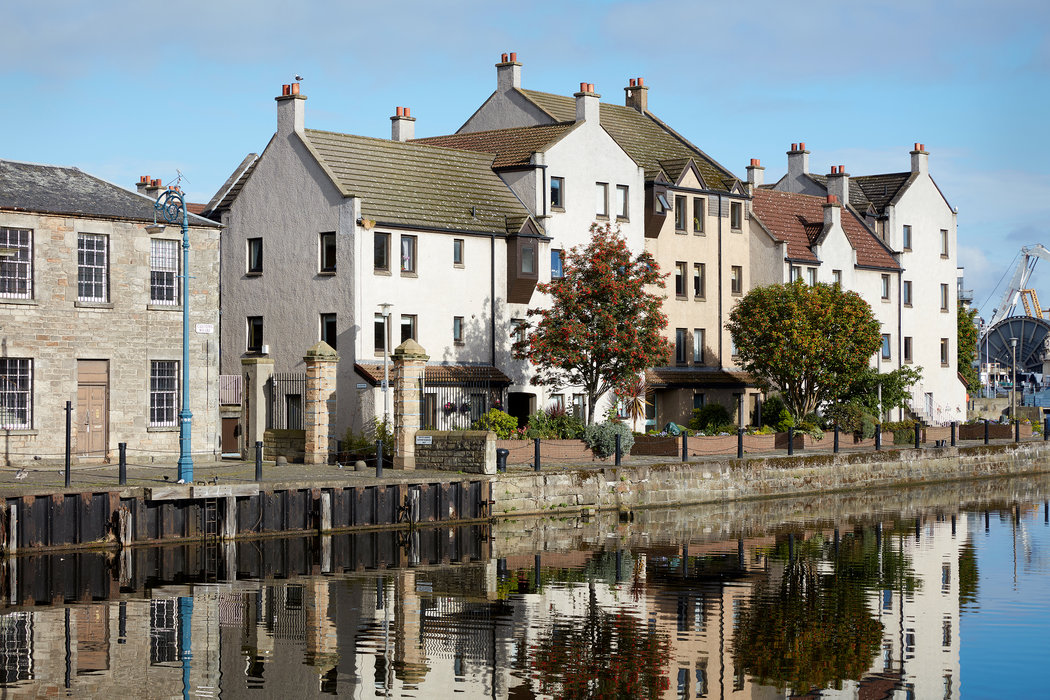 Edinburgh’s historic port, Leith, sits on Firth of Forth and is the ideal place for a Sunday stroll. The face of the neighborhood has changed rapidly in recent years, and now the area is a fascinating hodgepodge of quirky pubs, secondhand stores and trendy cocktail bars. Stroll along the waterfront and then turn south, keeping an eye out for the murals, an ongoing public art project by the local organization LeithLate. Check out the hip young things sipping hair-of-the-dog cocktails with brunch in the Lioness of Leith, or stop for a pint in the bicycle-themed Tourmalet. Finish up with lunch at the King’s Wark, a 15th-century pub with mismatched chairs and a pub menu that includes Shetland mussels in garlicky broth.

It’s a steep climb to the top of Calton Hill, but the panoramic views — of Leith, the Firth, and Arthur’s Seat (an ancient volcano) — are worth it. Developed as a public park in 1724, the hill is dotted with monuments, among them the acropolis-style National Monument, which has remained technically “under construction” since the early 19th century. Climb the spiral staircase to the top of the Nelson Monument (admission, £5; closed Sundays from Oct. 1 through March) for even more spectacular views. Make sure to stop by Collective Gallery, which relocated here in 2013 and operates a small exhibition space featuring pieces by artists working in Scotland.

Sink into the velvet seats of Kay’s Bar, a small Georgian coach house turned quiet Victorian pub tucked away from the crowds on tiny, circular Jamaica Street. This is the “local” for Edinburgh residents, from geezers nodding off over pints of the oft-changing selection of ales to university students solving the world’s problems as the table fills up with empty glasses. The smattering of original fixtures and the warm red glow of the walls, furniture and carpet make this snug pub a cozy place to retreat from the inevitable rain. 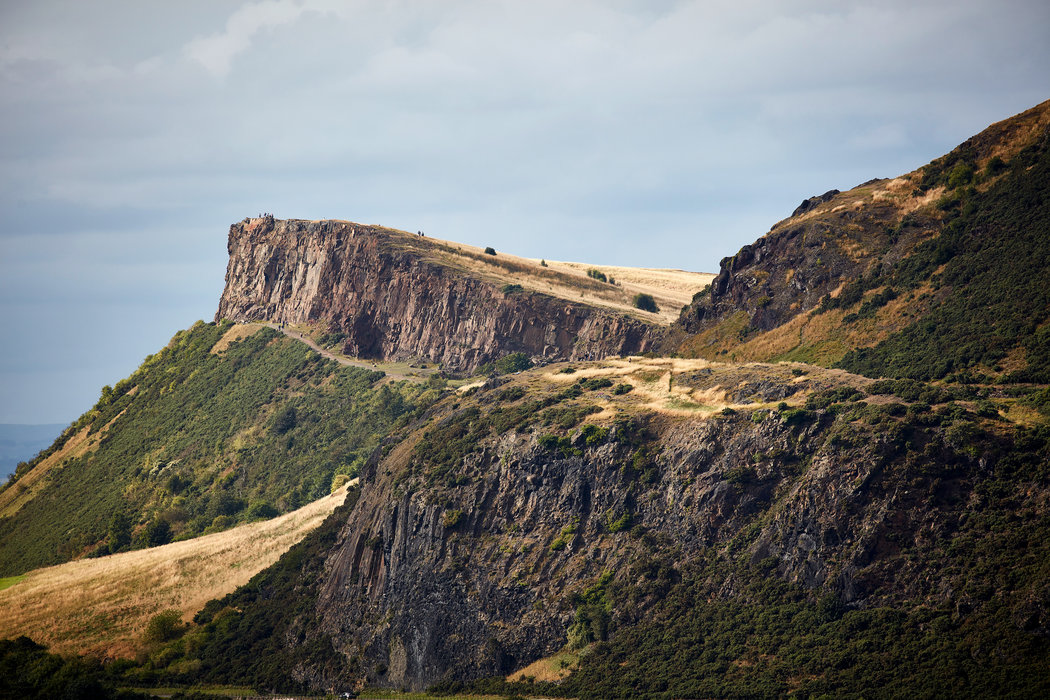