We asked the BuzzFeed Community for their favourite hidden spots in the UK. Here are the results. 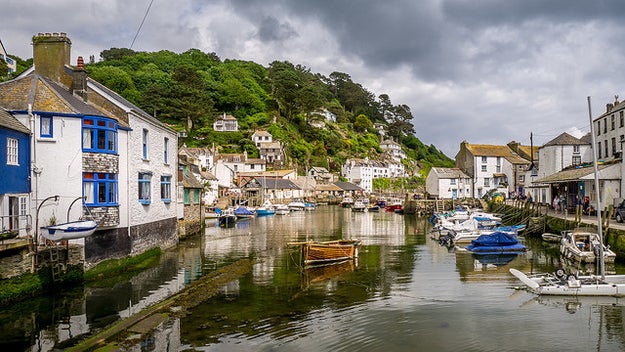 “There’s a small beach area where many caves and small pools of water are located, good for those who love to explore. There’s only a certain time of day you can visit too as the tide goes up very quickly.” – sophieb483cbacae 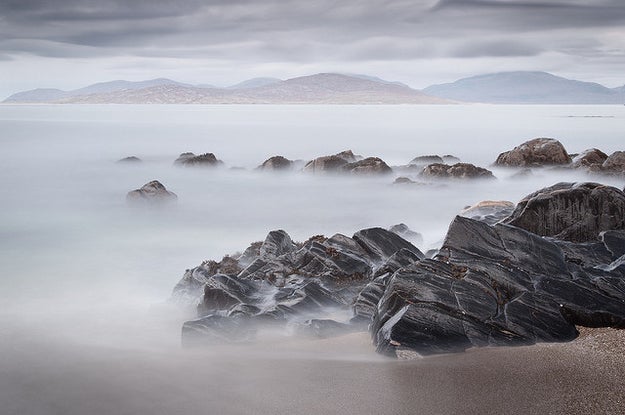 “This summer I’m doing a 10-day tour of the outer Hebrides in Scotland. Ten days of standing stones, fairy pools, and Viking settlements. HEAVEN! Or, should I say, VALHALLA!” – beckie 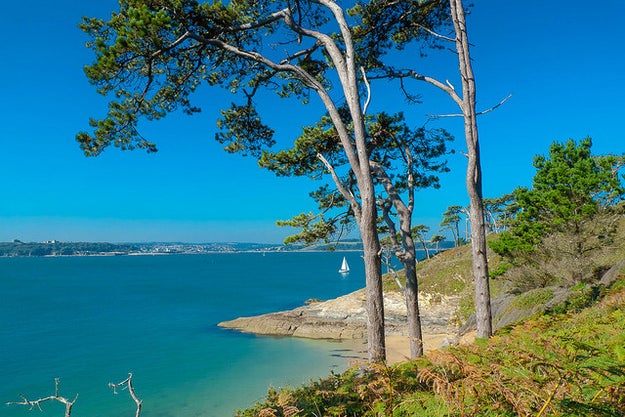 “The Roseland Peninsula, on the other side of Carrick Roads from Falmouth. Taking the ferry across the harbour to St Mawes and then an even smaller ferry across to St Anthony, walking around the peninsula, exploring the little beaches and coves, then getting the ferries back, walking across Falmouth and chilling out on Gyllyngvase beach. Perfect way to spend a hot summer’s day.” – Tom McAteer, Facebook 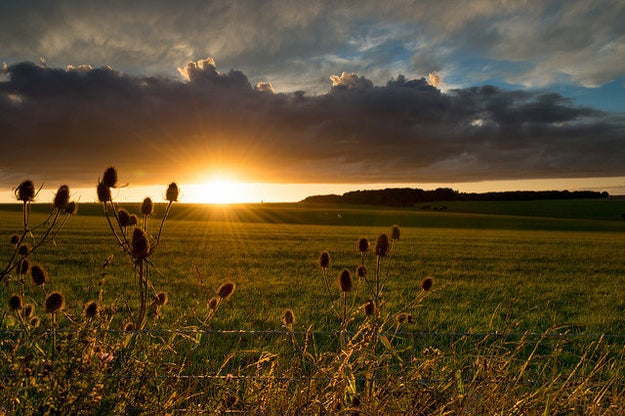 “There’s a beautiful path through the forest to a hill overlooking the Longleat estate and safari in Wiltshire. The locals all call it Heaven’s Gate – you can see for miles and it’s especially glorious at sunset!” – zoeye2

(This photo is of Wiltshire, not specifically Longleat.) 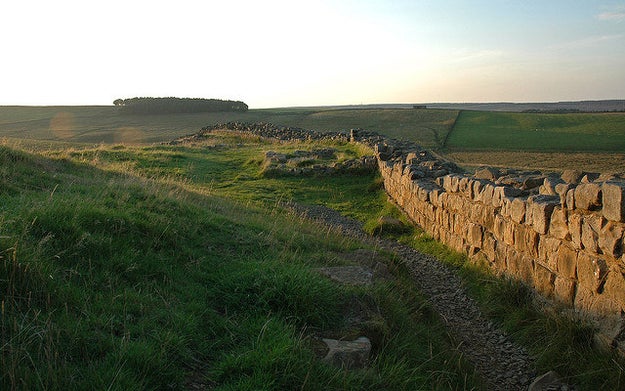 “I recently visited Hadrian’s Wall and i would strongly recommend that to everyone. Vindolanda is amazing!!” – matthews4db7f00b2 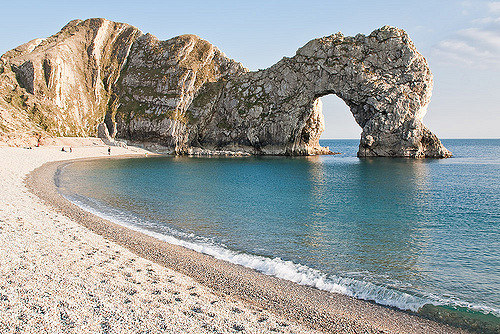 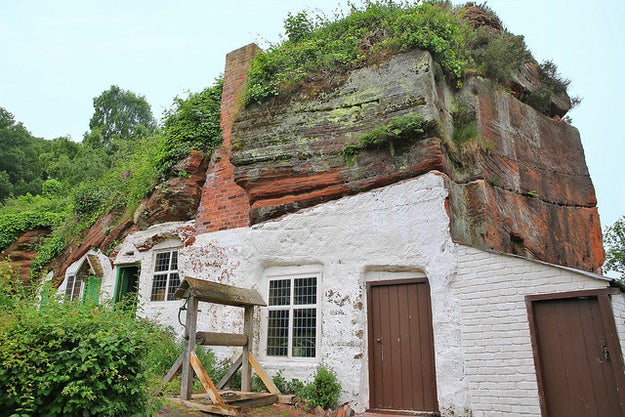 “They’re so unique and their history is fascinating. And the surrounding area is beautiful too!” – sofamiliar 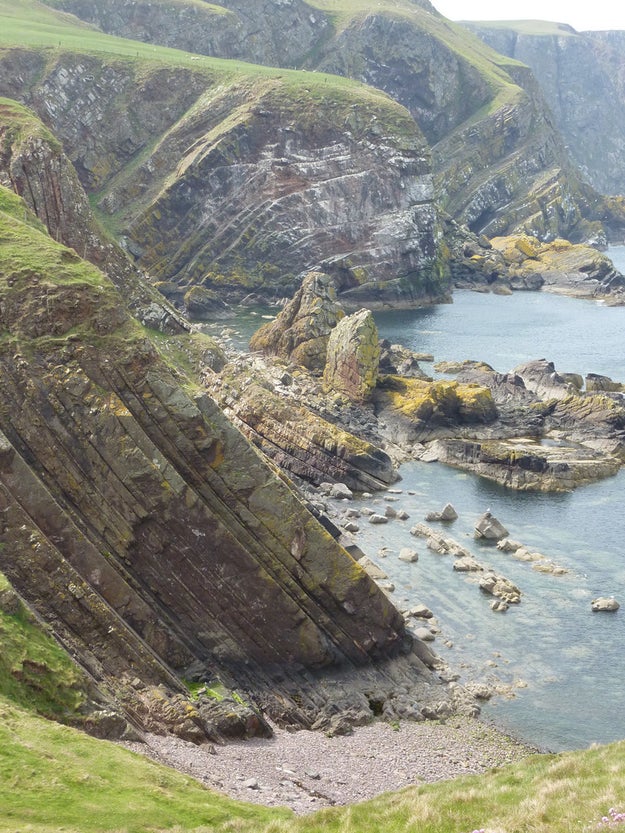 “The area around St Abb’s Head in Berwickshire, southeast Scotland, is beautiful. There are steep cliffs, but if you walk far enough you can find a ruined castle out on a tiny island.” – anniem4f5db16fc 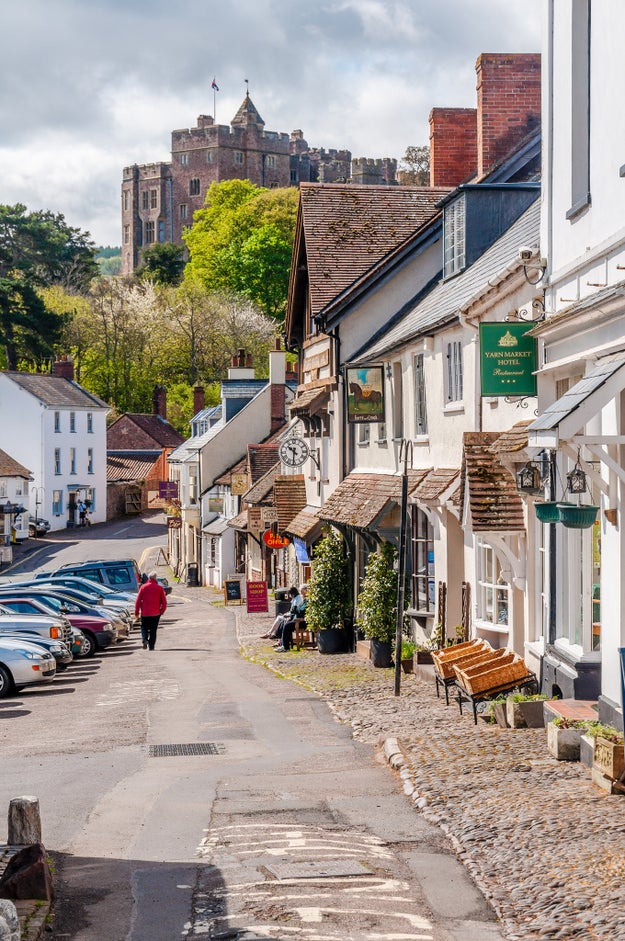 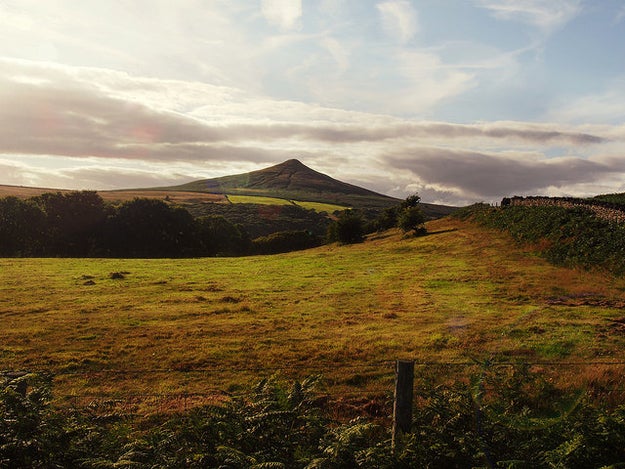 “You have to include Sugar Loaf Mountain in Monmouthshire, Wales. I took myself off to Wales a couple of weeks after my 30th birthday last year, staying in Cardiff for a solo holiday. I googled things to do nearby – next thing I know I’m on a train to Abergavenny on a mission!

“The views were beautiful, and little did I know when I woke up that day that a couple of hours later I’d be up the top of a mountain, chatting to strangers and more importantly petting their dogs, so far removed from my normal London life!” – michaele44634e500 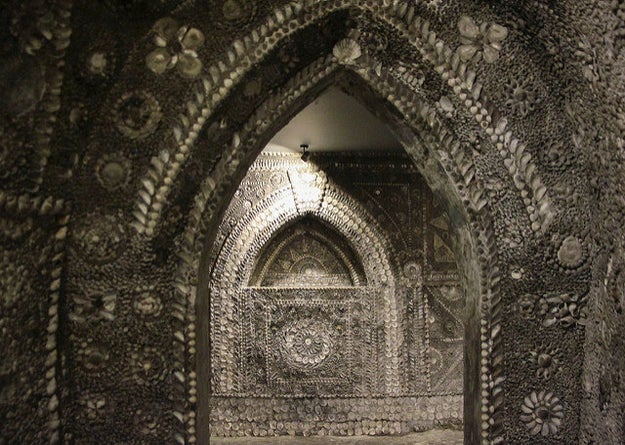 “It’s fascinating and gorgeous – and how the place came to be is still a mystery. Even reading the Wikipedia page makes it sound amazing.” – sophiab42cf32be2 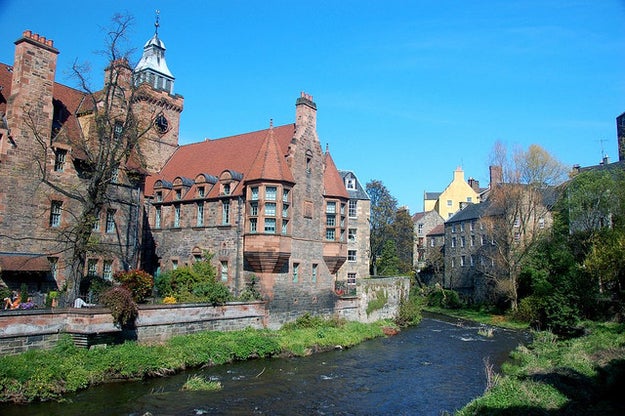 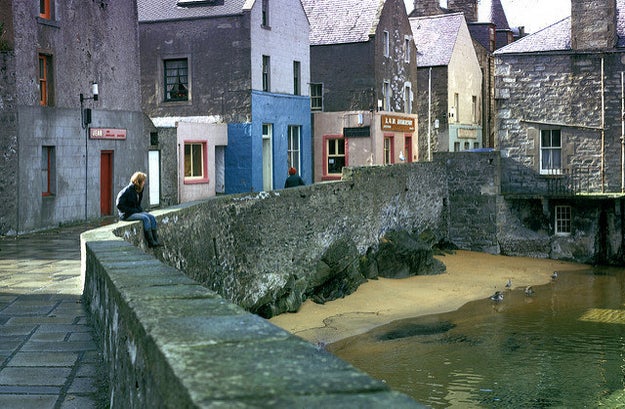 “The Clickimin Loch is lovely at night when you look across to the Broch.” – kerrym4703fbb7f” 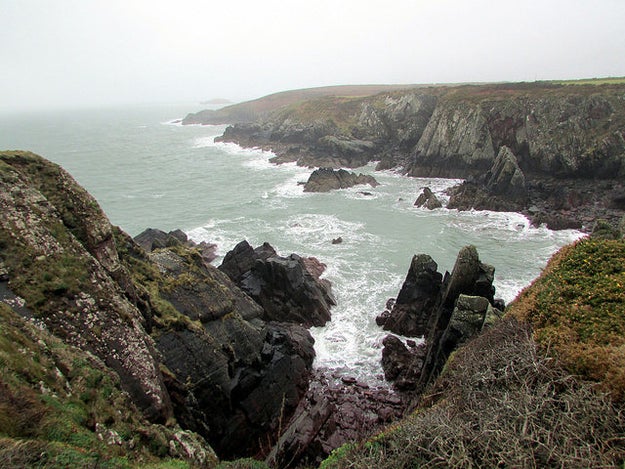 “St David’s, the smallest city in the UK (pop. 1,841). The main attraction is the cathedral, which holds the relics of St David (unsurprisingly), Wales’ patron saint. The cathedral close is particularly beautiful, since it contains several ruined medieval buildings, including the bishop’s palace, as well as quite a few cows in the meadows by the river. Oh, the city is also in the middle of the Pembrokeshire Coast National Park, the only National Park designated primarily because of its coastline, which is truly spectacular.” – clickbaitmcclickface 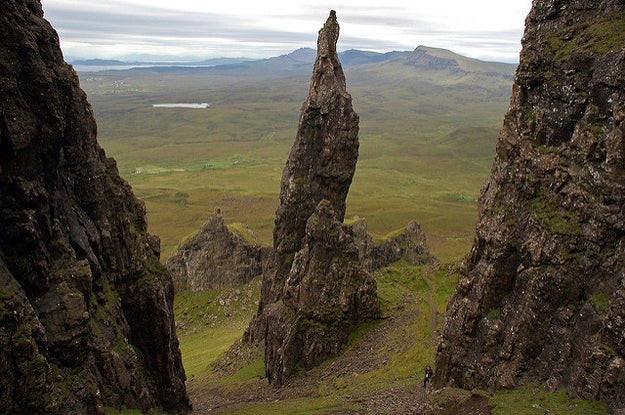 “Isle of Skye is pure magic… The Quirang is like walking in another world. You’ll never forget it.” – tacodingo2 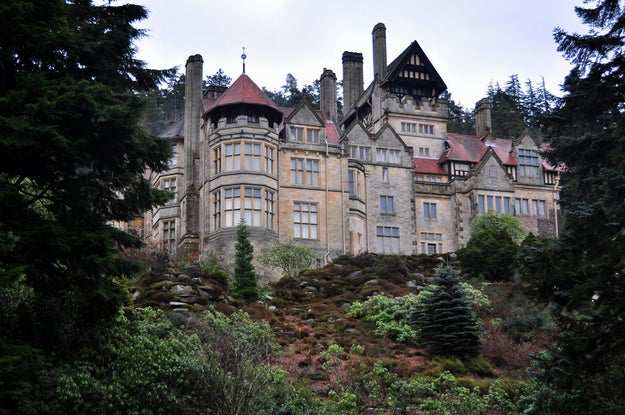 “It was the first home in the world to take advantage of hydro power to generate electricity for the home, and it’s got vast grounds to explore. It’s kinda like if Willy Wonka and Frankenstein designed a stately home. Oh, and it’s beautiful.” – johntheone 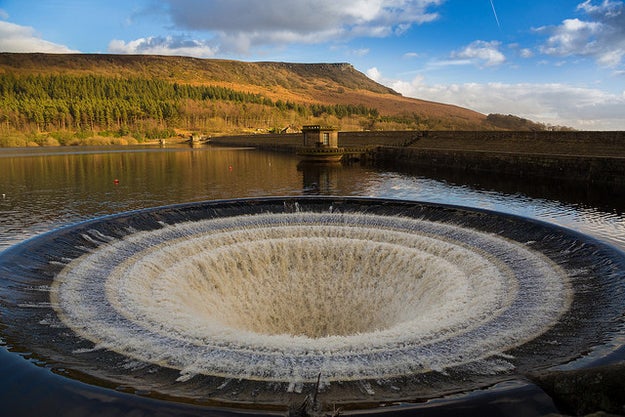 “There’s a place in the Peak District, Ladybower Reservoir – it is a beautiful expanse of water. If you know the right way to go, it leads to Slippery Stones, a natural water swimming spot, and it’s super pretty in summer.” – Linkakq 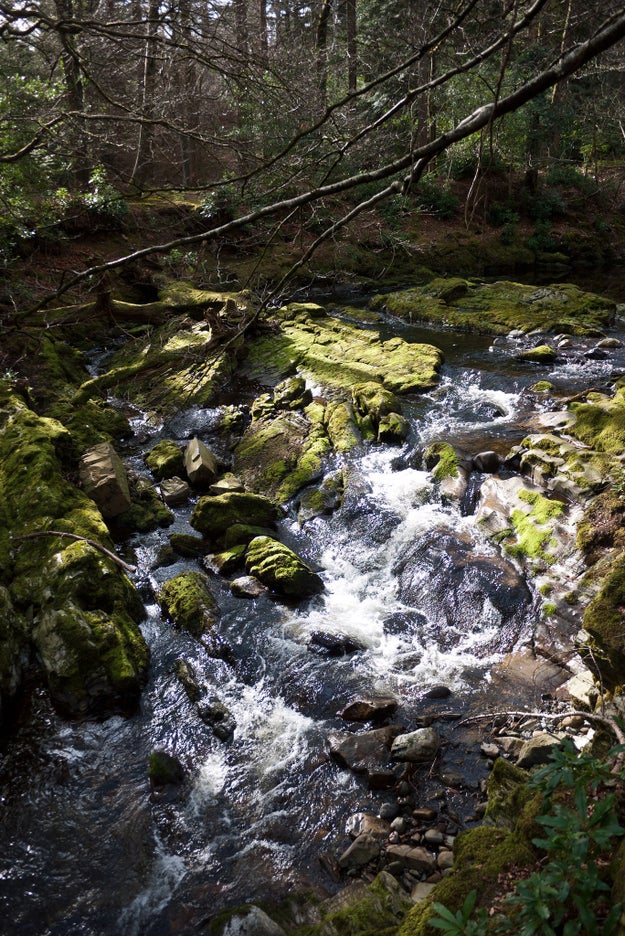 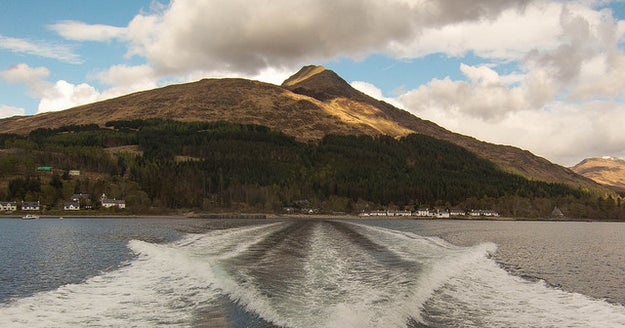 “The main village on the Knoydart peninsula on the west coast of Scotland. It isn’t connected to the main road network, so it is only accessible by ferry (or a 17-mile hike!). It’s incredibly beautiful, with wonderful views of the islands Rum, Eigg, and Muck and Sgurr Coire Choinnichean as an incredible mountain background.

“It’s also home to The Old Forge, which is the most remote pub in mainland Britain!” – hjj2 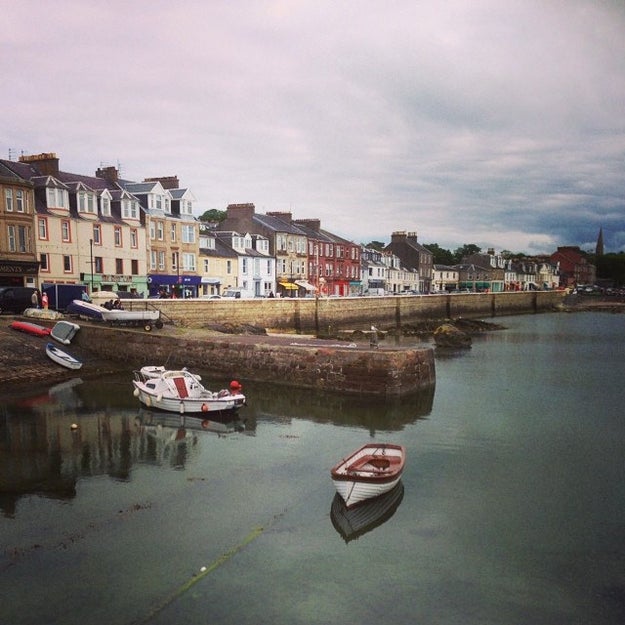 “It’s a beautiful tiny isle near Glasgow. You can rent bikes and cycle around the island in about 1–2 hours. Both cafés, one close to the ferry port and one in the ‘town’ part, are absolutely delicious. Biggest attraction? Crocodile Rock, for sure. It’s absolutely worth going to since it is such a magical and beautiful place to be.” – laram45f255215 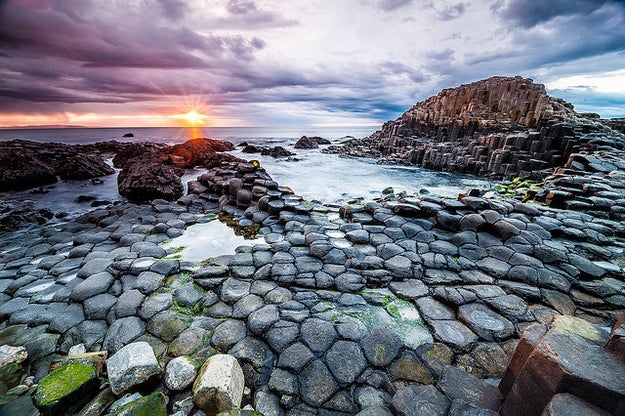 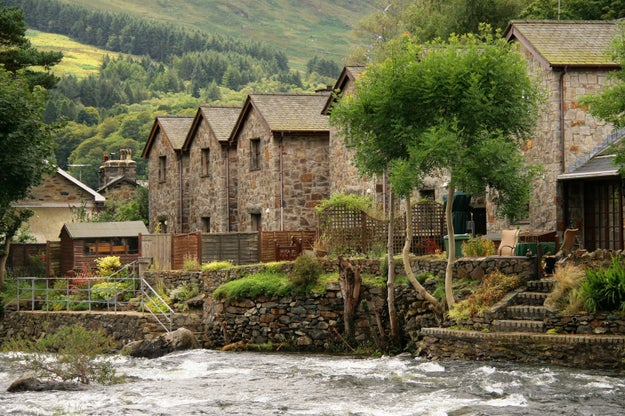 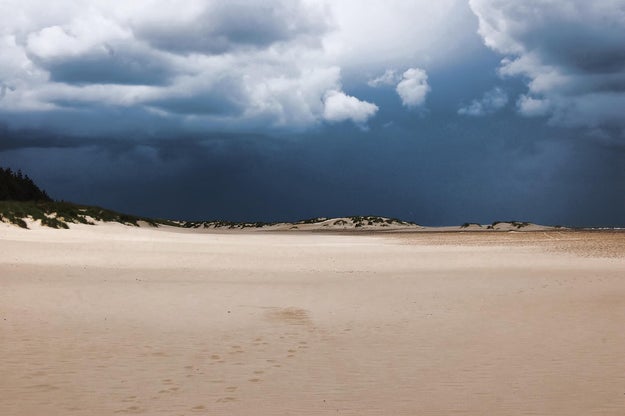 “The vast beach and the colourful huts at Wells-Next-the-Sea, north Norfolk.” – danm49cb25d99”