1. The Cliffs of Moher, County Clare

The Cliffs of Moher are already a popular destination for tourists coming to Ireland. But what you might not know, while you wander through the impressive visitor centre and stroll along the stoney path by the cliffs’ edge, is that these impressive crags were featured in Harry Potter and the Half Blood Prince. Ireland’s most famous cliffs also double as The Cliffs of Insanity in the 1987 comedy adventure film The Princess Bride. Other movies shot here, according to the official Cliffs of Moher website, include popular Irish movies Ryan’s Daughter and Into The West. Tip: fly to Shannon airport instead of Dublin and you’ll be just a few minutes drive from The Cliffs of Moher.
Credit: ©Chris Hill / Tourism Ireland

While most Braveheart fans, the biopic of Scottish freedom fighter William Wallace, would be forgiven for thinking the entire movie was filmed in Scotland, many of the battle scenes were actually shot across the water in Ireland. Trim Castle in County Meath, the largest Norman Castle in the Irish republic, was used as the city of York in the movie. Check the castle’s event schedule, as they often host screenings of Braveheart projected on to the castle walls in the summer months. If you’re in the area, you should also pay a visit to Bective Abbey, also used for another Braveheart scene in which the princess converses with her maid. Take in all of the medieval and Anglo-Irish sites with a private tour from Boyne Valley Tours, including stops at both Trim Castle and Bective Abbey, and see it all from the comfort of a hired car – they’ll even pick you up straight from your hotel! Prices upon request.
Credit: © Tony Pleavin / Tourism Ireland 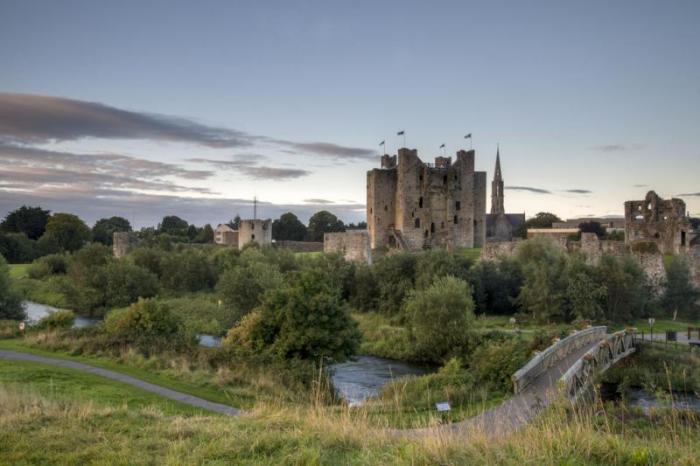 Similar to the Cliffs of Moher, Kilmainham Gaol in Dublin is an interesting tourist attraction in its own right, offering visitors an insightful look into Ireland’s turbulent past – this is where many Irish revolutionaries were locked up after the 1916 Easter Rising. Alongside some of Ireland’s most famous freedom fighters, many fictional characters have also been banged up here over the years; a very young Michael Caine in the The Italian Job, Liam Neeson in the Irish historical biopic Michael Collins and Cillian Murphy in the 1996 movie The Wind That Shakes The Barley. A music video for Ireland’s most famous rock band U2 was also filmed in the prison back in 1982!
Credit: ©Sinead McCarthy / Tourism Ireland

The picturesque grounds of Parknasilla Resort, an eighteenth century manor house and four star hotel in County Kerry, is where The Lobster (released in October 2015) was filmed. The critically acclaimed film starring Colin Farrell and Rachel Weisz, is set in the future and involves singletons checking into a resort and being given 45 days to find a partner. If they fail to do so, they will be turned into animals and released into the wild! As on the big screen, Parknasilla Resort is the perfect place to find romance or enjoy a relaxing weekend with your other half, set among 500 acres of untouched wilderness and endless hiking trails which run alongside Kenmare Bay. Check out Skyscanner hotels to book stay or use our guide to Ireland’s best walking routes to plan your trip activities.

Without doubt Ireland’s most famous street and a shopping haven for both locals and visitors alike, Grafton street has welcomed many big name movies over the years. The most popular being Irish musical Once, starring Glen Hansard from The Frames who plays a struggling street musician alongside Czech immigrant Marketa Irglova. Many famous Irish musicians started their days busking on Grafton street before they got their big break, including The Script and U2. Many of these famous musicians return to Dublin each December to busk on Grafton street on Christmas Eve, in what is now a much-loved Christmas tradition – head there over the festive season and you may just be able to catch ‘the next big thing’!
Credit: ©Tourism Ireland

The colorful Powerscourt Estate in County Wicklow, known as Ireland’s garden county, has been a filming location for over 25 movie and TV productions. It all begin in 1944 with the filming of Henry V. Some of the best known movies shot here in recent years include scenes from King Arthur with Clive Owen and Keira Knightley, Ella Enchanted which is a modern day take on Cinderella, the 1970 production of Black Beauty and TV series The Tudors starring Irish actor Jonathan Rhys Meyers.
Credit: ©Beth Ellis / Tourism Ireland 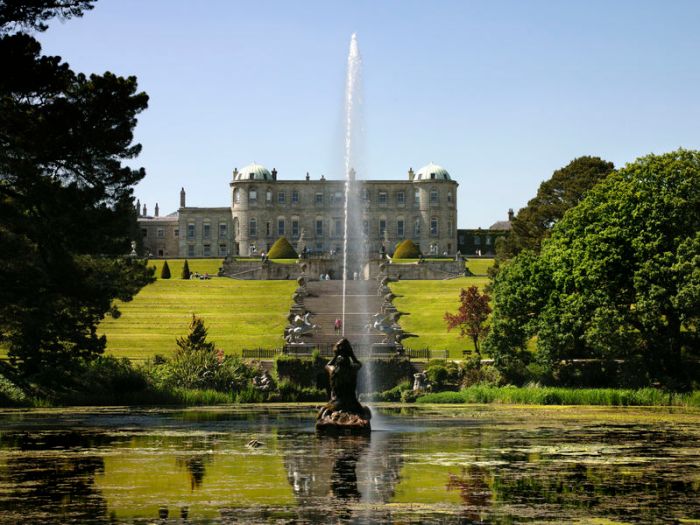 The seaside town of Youghal in the south of Ireland is the iconic filming location of the 1956 film Moby Dick. The historic walled town was used as the setting for ‘New Bedford’ in the movie, which featured old Hollywood movie legends Gregory Peck and Richard Basehart. The town is now home to Moby Dick’s pub, which was said to be a favourite watering hole of the film’s director John Huston. Youghal has really capitalised on the film’s fame and also hosts annual Moby Dick themed events, including a Moby Dick Literary Festival and a Moby Dick Triathlon. Find direct flights to Cork here and you could be having a whale of a time too!
Credit: ©Chris Hill / Tourism Ireland

If you’re visiting the sunny south east, as County Wexford is affectionately known, be sure to pay a visit to Curracloe Strand in Ballinesker, the location for the opening scene (lasting 20 minutes) in the epic American war film Saving Private Ryan. This stunning coastline was transformed into Omaha Beach, picked because of its similarity to the historic beach of the same name in Normandy where the battle actually took place. It is said that over 2,000 men from the Irish Defence Forces were deployed to Wexford to help with the filming of this scene, which took almost two months to complete.
Credit: ©Sinead McCarthy / Failte Ireland 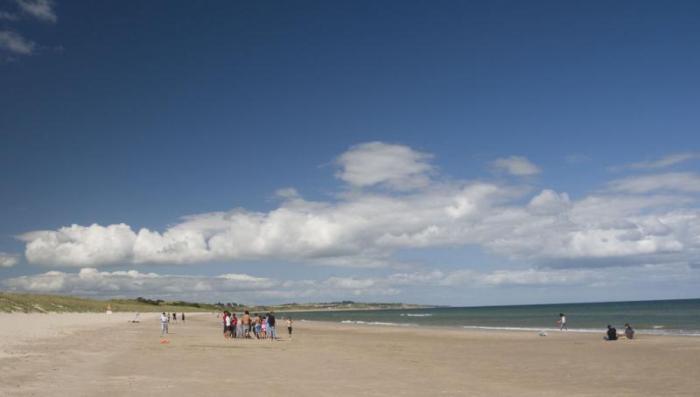 Trinity College Dublin, situated in the most central part of Dublin city, has always been a popular choice for film directors. The beautiful grounds of the university, which was founded in 1592 and is one of the oldest in the world, was the setting for 1983 comedy/drama Educating Rita which starred Michael Caine and Julie Walters. Funnily enough, Trinity College was chosen because it looked like a “typical English university”! Bollywood movie Ek The Tiger, one of the biggest grossing movies of all time in India, was also filmed in Trinity, with many of the university’s’ students standing in as extras. Visit yourself and see the magnificent medieval manuscript, the Book of Kells, housed in the college’s Old Library. Tickets start at €10 for adults, €9 for concessions.
Credit: ©Brian Morrison / Tourism Ireland

Saving the best for last, it’s easy to see why directors and producers regularly choose Skellig Michael for a stunning scene backdrop. This rocky outcrop of an island 11km off the Kerry coastline is home to a well-conserved sixth century monastic settlement and one of the largest puffin colonies in Ireland. It also stars in the latest Star Wars movie, Star Wars: The Force Awakens. Director JJ Abrams picked Skellig Michael as the filming location for key scenes, stating that while he was given the choice of many incredible destinations, nothing came close to this secret Irish island. The island is very tricky to get to, with boats only departing when the weather and tides are just right and no one allowed to stay on the island more than a few hours. Various companies offer ferries to and tours around the island, so do some research before you head off tread in Luke’s steps and find the perfect boat for you.