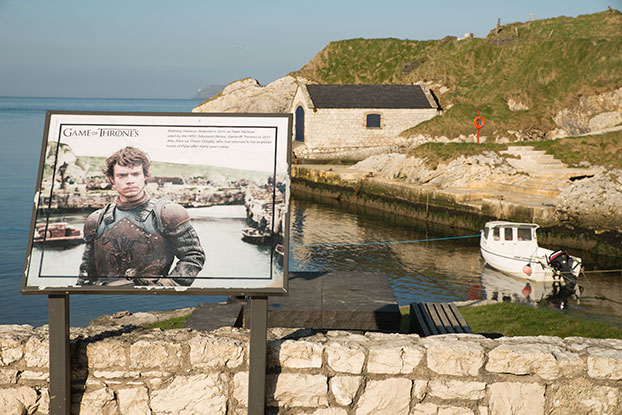 Ireland and Scotland are taking a page from New Zealand’s playbook by showing off the real-life settings for onscreen fantasy worlds. Rather than Tolkien’s tales of Middle Earth, the fantasies in question come from the hit HBO series “Game of Thrones” and the STARZ series, “Outlander.”

Tourism Ireland has partnered with HBO to showcase “Game of Thrones” locales for the second year in a row. In addition to cheeky promotions (“dragon’s eggs” at local markets); official signage points the way to filming locations throughout Northern Ireland.

In Scotland, visitors are keen to follow the trail of the time-traveling female protagonist of the “Outlander” series. Visit Scotland has created an interactive map to mark film locations.

Tour operators have introduced specialty itineraries that explore the fictional settings of the shows.

“There is definitely an interest in film tours. People watch these shows and they want to go see the locations, which are often quite beautiful,” said Brenda Staben, a front line agent with Hobson Travel.

“Ireland has so many places of wild beauty. And people are so friendly. I just had a client get into a car accident there. While they were waiting around, the lady they hit took them to lunch,” Staben tells Travel Agent. 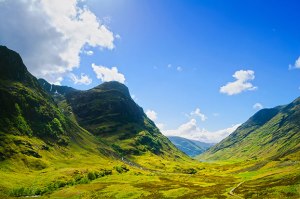 Of course, tourists do spend money. And film tourism has become big business. “Game of Thrones” cross-promotions and tours have brought quite a bit of revenue to Ireland, as well as other film locations such as Croatia and Malta.

(…)
Visit the village where the jewelry and crowns used in ‘Game of Thrones’ are made. Guests can meet the artisans in their workshops, and maybe even order their own custom piece. The hotels are very much into it as well. At Ballygally Castle, where client can stay, there are jewelry displays from the show. They also have a ‘Game of Thrones’ afternoon tea. But you won’t find any dainty finger sandwiches,” said Reilly.

Guests can also practice some archery and learn how to pick up a sword at Castle Ward, used for the outdoor courtyard of Winterfell.